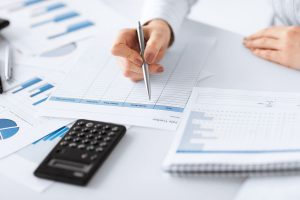 GAAP is the abbreviation of Generally Accepted Accounting Principles. GAAP is not necessarily a collection of rules and guidelines, though GAAP uses those. Rather, GAAP represents a collection of broad concepts and detailed practices that represent best accounting practices as it is accepted at a given time, and often within a specific industry.

Reporting according to GAAP provides a measure of uniformity so that those examining financial statements have a foundation from which to compare performance to another period or another company, or develop financial ratios that use specific GAAP-defined quantities.

Even though there is no overseeing authority, GAAP depends on a rule of four in terms of key assumptions, basic principles and basic constraints. There are four of each.

A third key assumption is that amounts listed in the organization’s financial statements are stated in terms of a stable currency. All amounts are listed in the same currency, meaning that an international company cannot report results in a combination of dollars, euros, dinars, sterling or any currencies used in the countries in which the company operates.

The organization can choose to report in any currency it chooses – unless it is a public company reporting for American investors – but the currency has to be used consistently throughout the financial report.

The final key assumption is that the time period stated in financial reporting is accurate. If the time period is identified as including January 1 through December 31 of a single year, then GAAP dictates that all transactions included in the report did indeed occur within the identified time period.

GAAP’s four basic principles address the matters of costs, revenues, matching and disclosure. The cost principle refers to the fact that all listed values are accurate and reflect only actual costs, rather than any market value of the cost items. The revenue principle of GAAP is that revenue is reported when it is recognized.

Times of revenue recognition can vary depending on whether the organization uses the cash or accrual method of accounting, but the GAAP principle is that it will be recognized in a timely manner.

The matching GAAP principle matches revenues with expenses. This means that the expenses of a revenue producing activity are reported when the item is sold, rather than when the organization receives payment for it or when it issues an invoice for it.

The four basic constraints associated with GAAP include objectivity, materiality, consistency and prudence. Objectivity includes issues such as auditor independence and that information is verifiable. Materiality refers to the completeness of information included in financial reporting and whether information would be valuable to outside parties.

Larry Bertsch, a long-time resident of Las Vegas, former CFO and former bankruptcy trustee with a well-respected reputation in both the private and public sectors. He is the founder of Larry L. Bertsch, CPA & Associates, a top certified public accountants firm that has been offering the highest quality services to regional clients since 2003. Mr. Bertsch served as a panel Trustee for United States Bankruptcy Court for the District of Nevada between 1991 and 2000. He has made it the highest priority to use his experience in finances and management to give small businesses the services they deserve.